Tonight we had the expert meeting organiser Ade as our Toastmaster. Ade shared a number of “wise word” quotes throughout the evening to inspire us.

The grammarian was Jono, and he introduced the word of the night – vitiate, which means “to spoil or impair the quality or efficiency of”. Jono also counted the number of filler words used throughout the night and presented awards for those who did the best (and worst!). 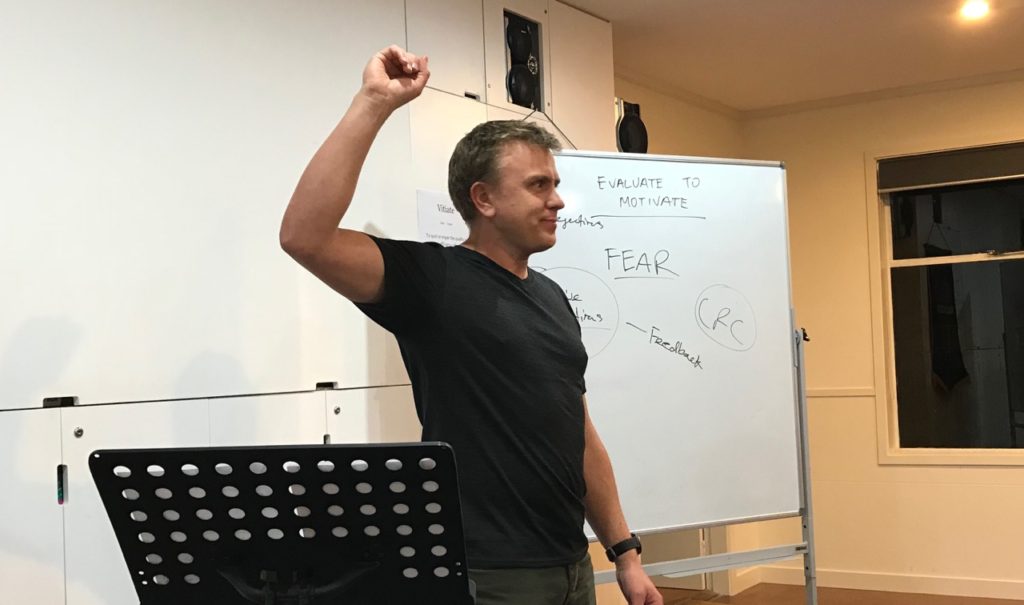 The first speaker was Tim who delivered an educational about giving effective evaluations. Tim told a story about how he recently flew in to Wellington on a windy day and how scary it was, and he linked the fear in the story to his explanation of educationals. Tim explained that educationals should leave the speaker fired up and willing to come back and give it another go to try and improve themselves. 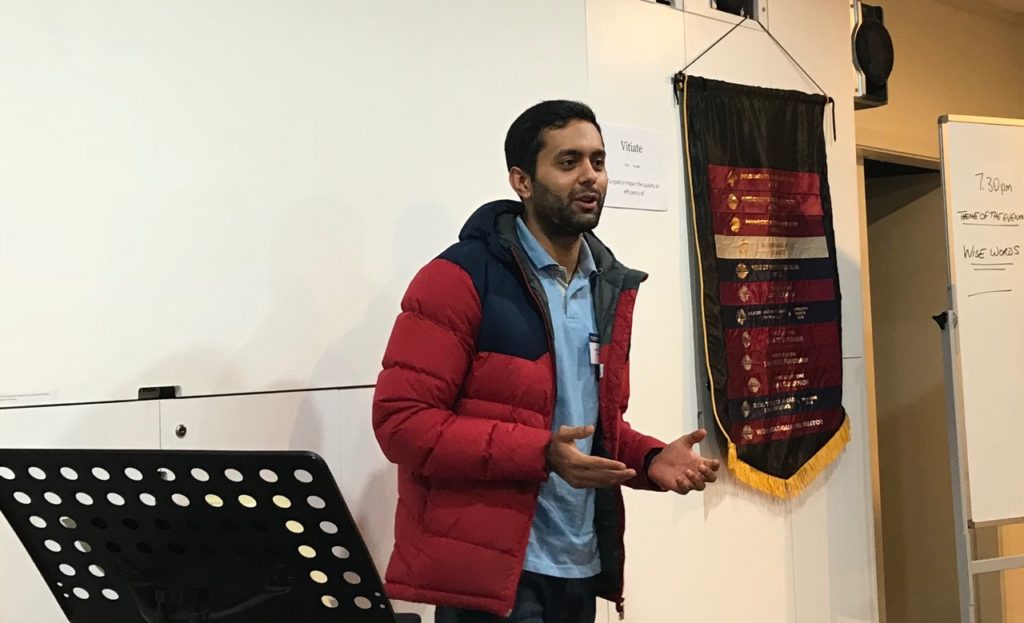 The second speaker was Rohit who presented his ice-breaker speech. Rohit talked about his engineering career and how he was recently made redundant from his job. This major change in his life opened the door for even more amazing opportunities, and his speech was incredibly uplifting.

The table topics were handled by Jan who did the classic theme and brought in books for people to speak about. There were some hilarious responses and we all had a great time.

After the supper break we had evaluations from Jane, Kahu, Callum and Ryan, and the timer was Diane.