It’s true – we did it again!  For the second year running our club reached 10/10 in the annual Distinguished Club Programme, the highest award given out by Toastmasters International – the ‘President’s Distinguished’ award. 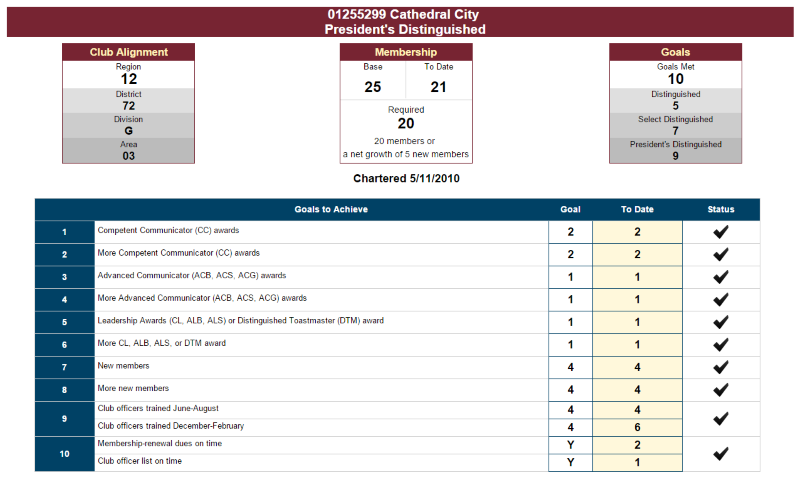 The DCP programme runs across all 15,000 clubs worldwide, with the objective of promoting membership growth, professional development and achievement.  These aspects are tested and measured throughout the year through achieving club-level goals such as club officer training, awards in the communication and leadership tracks and membership growth.

We’re absolutely thrilled to be recognised by Toastmasters International as a world-class club, way down here in the South Pacific!  For the forthcoming 2015/2016 year, the club is geared up to make it three-in-a row.

Congratulations to all our members for this massive effort!