How to G.R.O.W. and still have time to read the news

Autumn has very much arrived here in Christchurch, but the chilly weather outside did not affect the warm atmosphere at this week’s meeting.

Out Toastmaster for the evening, Sam Bain, introduced us to the theme for the evening – being “time poor”. Sam is in the final stretch of planning his wedding, so he knows a thing or two about this topic! Dealing with schedules and commitments in our daily lives is always a struggle, but Sam pulled it all together to plan and execute a fantastic meeting. 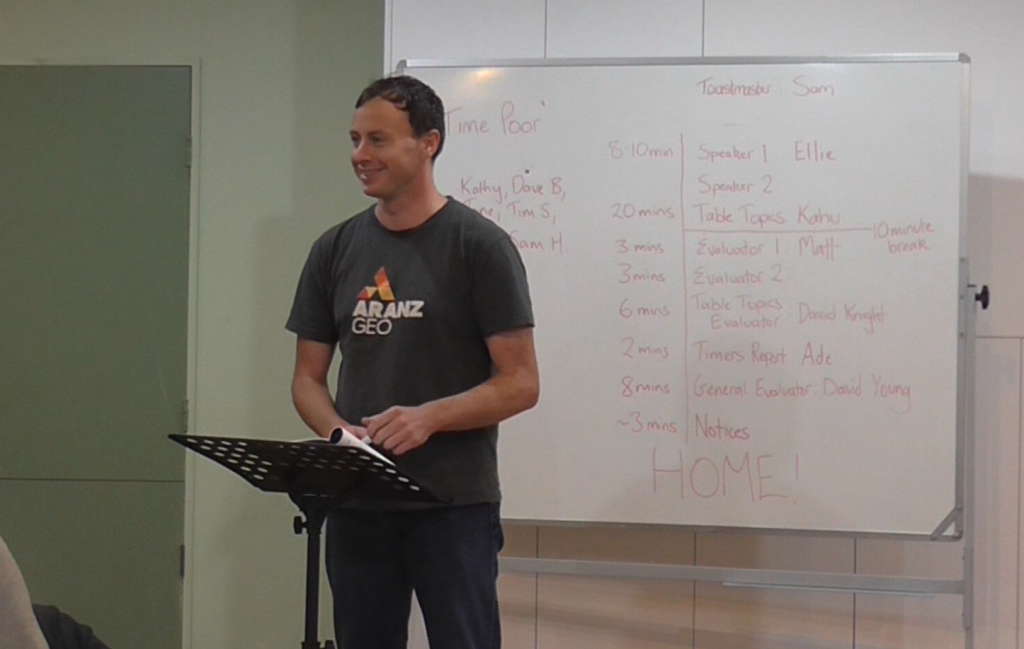 Our first and only speaker tonight was Ellie Young. Being such a super-experienced Toastmaster, Ellie spends most of her time mentoring our more junior members. Her speech tonight was her first at the club for a year! It’s fair to say she made up for it in a big way tonight with a project from the Advanced Communication manual Speeches by Management. This highly motivational speech was inspired by the book written by the The Amazing Race presenter (and fellow Kiwi) Phil Keoghan. 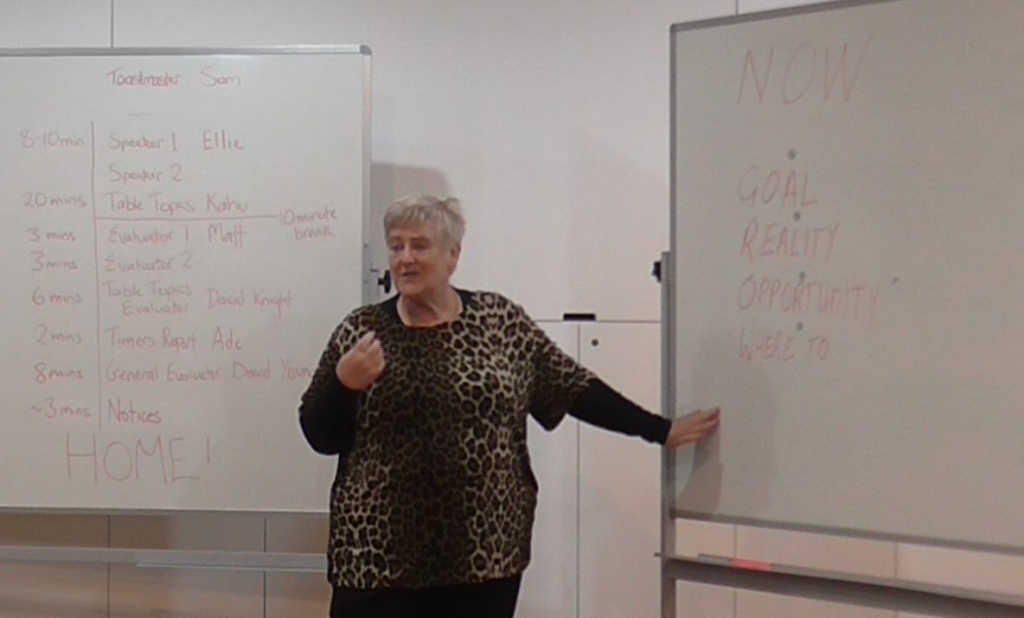 Ellie started us off with a bang by explaining the concept of N.O.W. which stands for No Opportunity Wasted, and then encouraged audience participation by asking members to write down things in their lives that they know they need to work on (like being time poor!). Ellie pointed out that we are often good at giving advice to others, but struggled to give the same advice to ourselves. The rest of the speech explained the concept of G.R.O.W. which stands for Goal, Reality, Opportunity, and Where To. Ellie explained how we need to convert obstacles into opportunities, and led the audience to think about where to next. Well done Ellie, we always learn so much from your speeches!

Tabletopics tonight were handled by Kahu who came up with a fantastically simple yet ingenious idea – members just have to “read” the news!

First up was Dave Brierley who was given the super-broad topic of “the news”… wow, talk about scope! Dave kept things under control by giving us the news that was all about himself! Since he’s having a short break before starting his new job, Dave told us what he got up to yesterday, what he got up to today, and what he will get up to tomorrow… funnily enough all of those things were just nothing! We aren’t at all jealous, Dave.

Second to take the floor was Steve who was given sports news. Thankfully, Steve knows a thing or two about sports, so this was right up his alley. He mentioned a brief news item about rugby, kept things current by talking about Maria Sharapova, and finished with a story about cricket. Somewhere in his speech Steve described a dream where Brendon McCullum was arriving on a cloud… thanks for that vivid imagery Steve!

Sergie was next up, and he had to give us the weather news. He did a great job of discussing the weather in Christchurch and how he wishes we’d get back to the classic four-seasons-in-one-day weather.

Finally we had Jessica, who was allowed to break with the news theme and instead got to tell us what she would do if she was invisible for the day. Her somewhat shocking answers involved taking drugs and stealing something from the supermarket! Well done Jessica on the excellent “fictional” tabletopics session…

That was our meeting for this week. Thanks to our evaluators, Matt, Dave K and Dave Young, and to our timer Ade. See you all next week!

← First amazing contest of 2016
Caption that! Race for an ice breaker →