Going for the hattrick

It’s no secret.  We’re going for 10/10, for the 3rd time running!  That’s the DCP awards system; the Toasmaster’s Distinguished Club Programme – a global awards system for Toastmasters clubs which runs from July 1 each year.

In the last two years, the Cathedral City club has got the 10/10 ‘President’s Distinguished’ award status and this year, they’ve got their sights set on doing it again.  The following report from the end of February pegs the club at 6/10, but with one CC award currently filed with Toastmasters International, the club is just two CC’s and two AC’s away from another clean sweep. 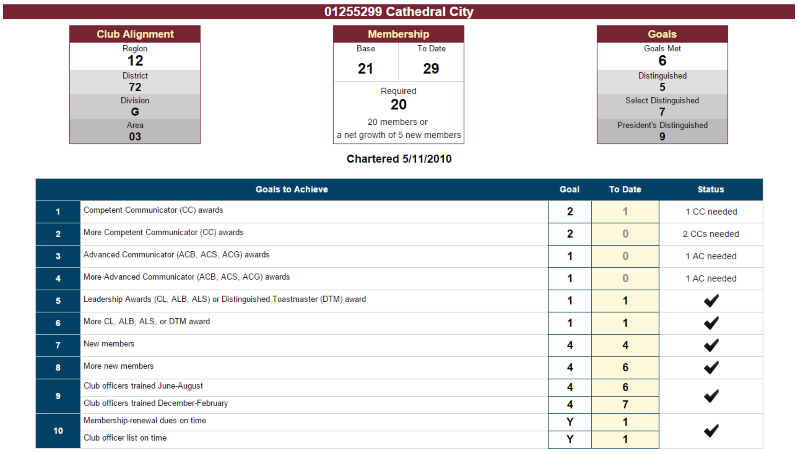 The ducks are lined up, it’s time to knock ’em down!