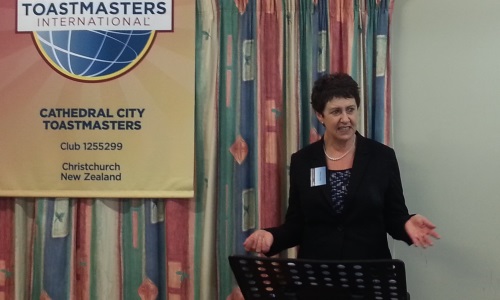 JP was our Toastmaster of the evening, who did an exceptional job of bringing the programme together when others were absent. Kenneth read a bard tonight of an XKCD post on Burning Pollen. The speech was delivered in great… Read More 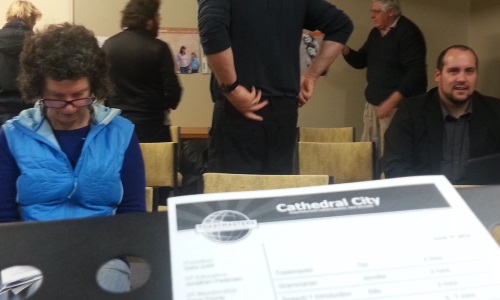 What a salient evening!  Congratulations all on making it such a success. Tim began with a story about the terror of going impromptu in front of a green screen at work.  Then Jennifer introduced our word-of-the day “Salient” with… Read More

Ten out of ten!

With another rain storm set-in over Christchurch and some of our members stranded in the flooding, the weather very nearly got the better of us.  But that was until Jennifer came to the rescue offering her living room just over the… Read More

A toast to voluptuous changes 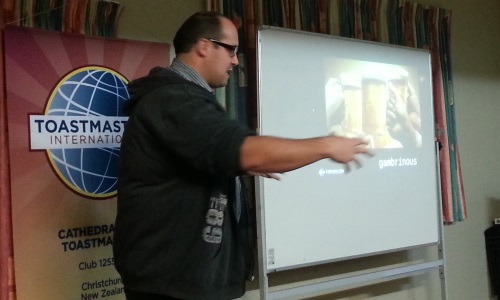 “Good frosty evening” began toastmaster JP as he welcomed his audience.  But this meeting going to be anything but than frosty – fun, engaging and warm might be better adjectives. But the madness began when Grammarian Ade introduced the word of the day Voluptuous.  Despite… Read More